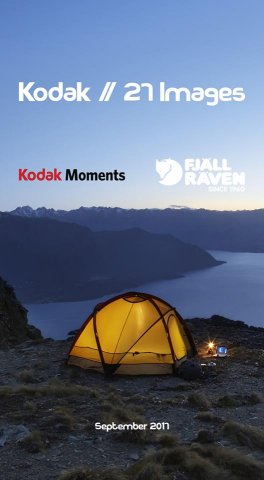 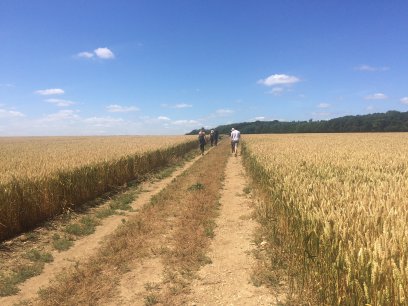 On the Mimram Celtic trail in Hertfordshire
I started to collaborate with a company called SkyRise Productions earlier in the summer of 2017, producing high-quality short films for a variety of brands with a particular focus on travel, expedition and adventure. The films we produce are ideal for use on social media and websites, so if you'd like to discuss a project please do get in touch.

In September 2017 we worked together to make a film called 27 Images about explorer Ian Finch for sponsors Kodak Moments and Fjallraven. I'll post the film here once it's complete. In the meantime, this post features a few shots I took using my simple iPhone Camera + app. Our professionally shot stills will be released alongside the film.

The origins of the project

The connection to Ian Finch came about after I discovered his Walk Wild group by chance through MeetUp and decided to join for a hike along an ancient 10-mile Celtic route through Hertfordshire. As we walked we chatted about his background as an expedition photographer, wilderness guide, adventure journalist and Royal Marine Commando. Realising we had strong common interests I then introduced Ian to SkyRise's Head of Production Kev Merrey, and we started to discuss short film ideas.

Ian originally had the idea for 27 Images in mind as a magazine article detailing a photography project where he'd use nothing but a simple disposable Kodak camera containing 27 shots. However, as we talked he began to see the opportunity to make it as a short film. Ian then contacted Kodak and Fjallraven who both agreed to be sponsors, and so the project came to life.

Coffee cravings in the wilderness...

With the concept clear and all our plans in place we headed up to the Lake District for the shoot with a trio of excellent camera operators and stills photographers, Neil Irwin, Gav Kaps and Josh Raper. Kev was also filming and directing the group, with Ian in front of the cameras. 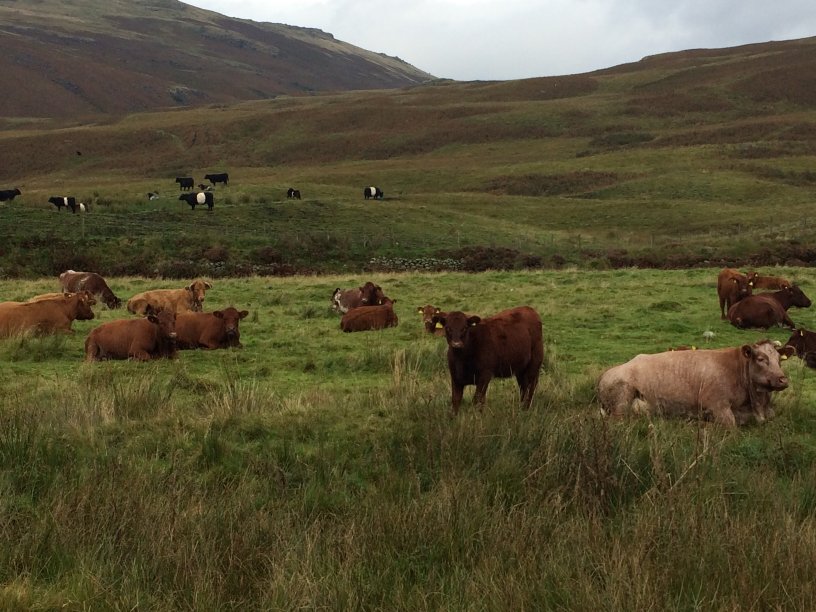 View with my morning coffee
Josh, Neil and I spent the first night in the area at High Wallabarrow Camping Barn near Ulpha. Camping barns are a great option for when it’s a bit grim for camping but you don’t want to spend a fortune. High Wallabarrow was £12 per person per night, with a comfy living room, big kitchen and log burning fire. The simple shared sleeping area upstairs consists of 10 mattresses (bring your own pillow and sleeping bag) and the shower and toilet were in a separate outbuilding outside. So by no means a luxury stay, but definitely a very comfortable one and way more fun than putting up a tent at 10.30pm in the dark countryside!.

The next morning as we drove through the starkly beautiful countryside to the first meeting point at Cockley Beck I knew the production itself was well-organised and clearly planned. Only one thing was missing - my usual morning coffee, something I’ve become really dependent on to get going in the mornings.

I’d just said to Neil and Josh how badly I was craving a fix and what a crazy thought it was to expect one anywhere in this wilderness - when who should appear but the third camera operator Gav in his brand new van conversion. As if by magic the kettle was put on and a fresh pot of coffee produced. It was Gav’s first week with the vehicle fully up and running which was very lucky timing for us. Kev and Ian arrived shortly afterwards, and steaming coffee mug in hand and roadside production meeting underway, I took the whole experience as a good omen for the shoot that lay ahead.

Up against the elements 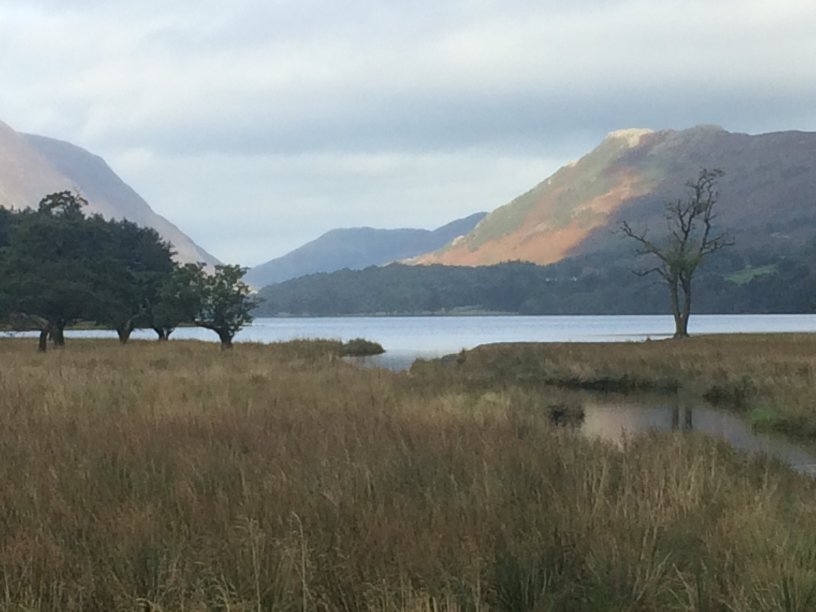 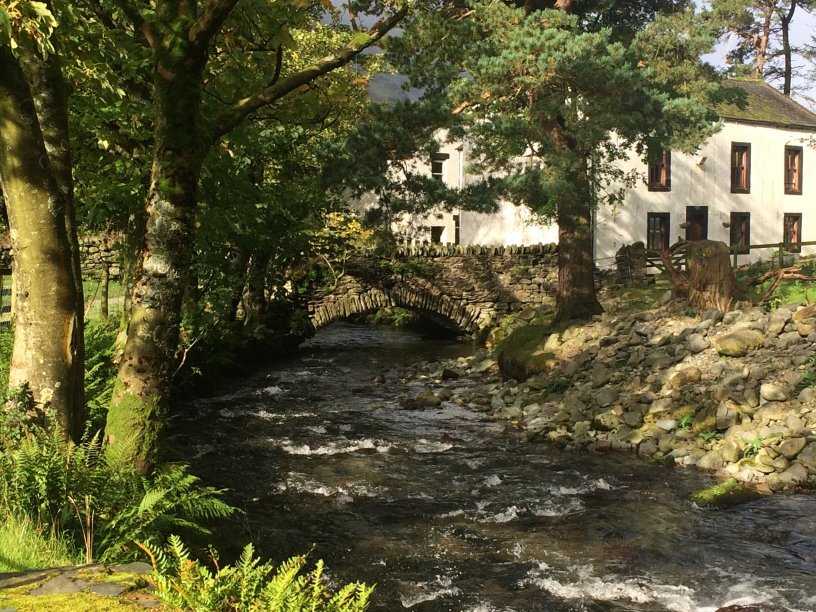 A room with a view
We shot down by the lake, around the beautiful forests, by tumbling streams and high up on the fells, and enjoyed a couple of fun evenings in Buttermere, reviewing the day’s footage and planning the next day’s shoot. There were some very challenging weather conditions to deal with, including wind speeds so incredibly high one night that Ian’s tent pole was snapped, and a day where the rain simply swung back and forth between pretty wet and extremely wet. But the team were unphased by these challenges, and the cameras kept on rolling. 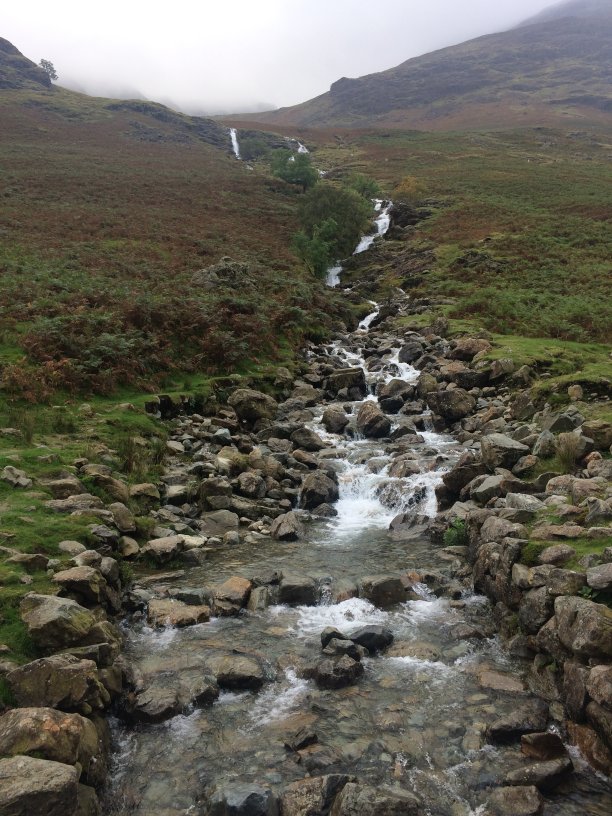 When the time came to call it a wrap and head off home, we were all sad to go. It was one of those really great experiences - filming and adventure rolled up into one - that you really don’t want to come to an end. But we're sure there will be many more to come, as SkyRise Productions looks set to grow rapidly in 2018.

See the work in progress

The film is currently in edit, and will be released before the end of the year. But if you're interested in an insight into the work in progress, Ian will be sharing all 27 Images, the story of the journey and giving away a very special gift at Adventure Uncovered Live on October 30th at the Institute of Contemporary Arts. Tickets are available here

To read more about Ian, visit his Facebook page